Profiles of speakers from most recent conference 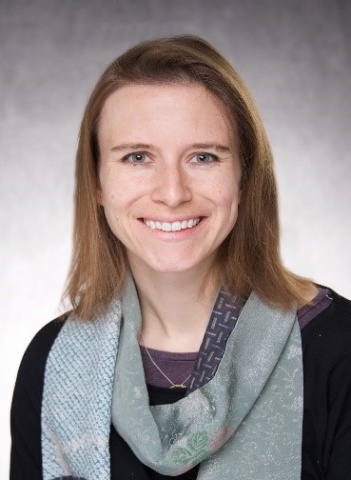 Dr. James Ankrum is an Assistant Professor of Biomedical Engineering at the University of Iowa. An Iowa native and first generation college student, Dr. Ankrum studied biomedical engineering as an undergraduate at the University of Iowa. He then went on to earn his Masters at Cambridge University as the first University of Iowa alum to receive a Winston Churchill Scholarship. He earned his PhD in Medical Engineering and Medical Physics through Harvard-MIT’s Health Science and Technology Program where he studied under the guidance of Prof. Jeff Karp.  After his PhD., Dr. Ankrum spent a year at the University of Minnesota as a Senior Innovation Fellow in the Medical Device Center where he developed tissue engineered strategies for preventing heart failure in collaboration with Boston Scientific. In 2014, he was recruited to the University of Iowa to join the Pappajohn Biomedical Institute and Fraternal Order of Eagles Diabetes Research Center. Dr. Ankrum’s curiosity and collaborative nature has enabled him to work on a diverse set of projects ranging from cell therapy, to human organoid models, to medical devices. His lab is primarily interested in engineering mesenchymal stromal cell-based therapies and developing bioengineering strategies to overcome challenges in delivery and control of cell phenotype after transplantation. Using a combination of biologics, chemistry, and biomaterials his lab seeks to create tools that enable cell phenotype to be controlled even after transplantation into harsh disease environments. 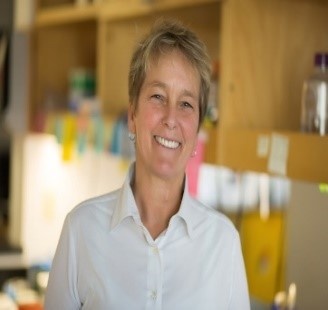 Laura Shawver, Ph.D., is president, chief executive officer, and director of Synthorx. Prior to joining Synthorx, Dr. Shawver held the following positions: CEO and director of Cleave Biosciences, entrepreneur-in-residence for 5AM Ventures, CEO and director of Phenomix Corporation, and president of SUGEN Inc. (acquired by Pharmacia). Dr. Shawver has been involved with a number of clinical development programs including two FDA-approved therapies. Dr. Shawver is currently a director of Relay Therapeutics as well as an advisor to the industry. She is an active member of the American Association for Cancer Research serving on the Scientific Advisory Committee for Stand Up to Cancer. Dr. Shawver knows firsthand what it is like to be a cancer patient. Having survived ovarian cancer, she turned that experience into the founding of The Clearity Foundation, a nonprofit organization providing access to molecular profiling for ovarian cancer patients to improve their treatment options. Dr. Shawver received her Ph.D. in pharmacology and a B.S. degree in microbiology both from the University of Iowa 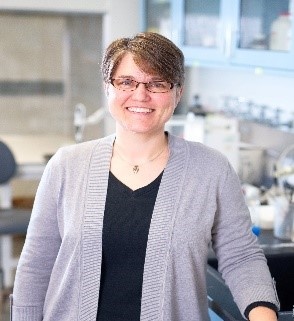 Dr. Fiegel received her B.S. in Chemical Engineering at the University of Massachusetts Amherst and her Ph.D. in Chemical and Biomolecular Engineering at Johns Hopkins University in 2004, where she was supported by an NSF Fellowship for Graduate Research. Prior to joining the faculty she completed a two-year postdoctoral fellowship at Harvard University in the area of Medical Aerosols. Dr. Fiegel is currently an Associate Professor of Chemical and Biochemical Engineering in the College of Engineering, with a secondary appointment in the College of Pharmacy. At the University of Iowa, Dr. Fiegel has developed a multidisciplinary research program focused on designing therapeutic drug delivery systems for the treatment and prevention of infections of the lungs and skin, and the development of tools to evaluate particle interactions in biological environments. Her work in aerosol biointeractions is applied to both environmental aerosols and inhalable drug delivery systems. 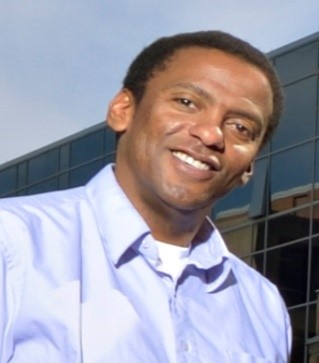 Kevin D. Walker was born and raised in Seattle, Washington. After receiving a B.S. major in Chemistry in 1987 at the University of Washington, he worked for two years in a joint appointment at the Food & Drug Administration's Seafood Products Research Center in Bothell, WA and at the National Marine Fisheries Service in Seattle, WA. After his government service, he continued his academic studies in a doctoral with support from Graduate Student Fellowships from the NIH and NSF at the University of Washington. His doctoral work was with Heinz G. Floss on natural products biosynthesis and mechanistic analysis of enzymes from bacteria and plants. After receiving his Ph.D. degree, Kevin worked with Rodney Croteau as a postdoctoral fellow and as an Assistant Scientist at the Institute of Biological Chemistry (IBC) at Washington State University (Pullman, WA) from 1997 to 2003. At the IBC, he discovered several genes on the biosynthetic pathway of the anticancer drug paclitaxel in Taxus plant cell cultures. In July 2004, Kevin joined the Department of Chemistry at Michigan State University (MSU), East Lansing, MI, where he works as an Associate Professor of Chemistry and Biochemistry & Molecular Biology. At MSU Kevin has received recognition for his research and outreach: the Neish Young Investigator Award (2006), a National Science Foundation CAREER Award (2007–2013), and the MSU Diversity Research Network Launch Award (2018). His service includes Organizer/Chair of session for the Ron Breslow Award: Biomimetic Chemistry (Eric Kool Awardee) ACS National Meeting, Denver, CO (2015); Organizer/Chair/Fundraiser of Midwest Enzyme Chemistry Conference, Loyola University, Chicago, IL (2017); and Co-Chair at the 2014 ASBMB National Conference, San Diego, CA. Prof. Walker was an elected Member-at-Large of the American Chemical Society (ACS) Division of Organic Chemistry (DOC) (2017 – 2019), and currently He currently serves on the Editorial Board for the Journal of Biological Chemistry. Kevin's research interests span a wide area of biochemistry, organic chemistry, and analytical chemistry (https://www2.chemistry.msu.edu/faculty/walker/index.html). A primary research focus studies the biocatalytic assembly of new generation anticancer paclitaxel compounds that are effective against drug resistant cancer cells. Another research interest centers on repurposing an aminomutase enzyme to make value-added hydroxy amino acids using a variety of analytical techniques to define the stereochemistry. A current project includes expanding the application of a CoA ligase to make various nonnatural isoserinyl CoA thioesters for use in enzyme cascade reactions to new generation paclitaxels. Kevin has published numerous papers, a book chapter, and patents highlighting his research, and has presented these works at several invited lectures. Kevin enjoys free time with his partner (a theoretical nuclear physicist) and her daughter; they all enjoy swimming, biking, pickleball, traveling, while Kevin enjoys chess, woodworking in his shop, home improvement projects, and automotive interests. 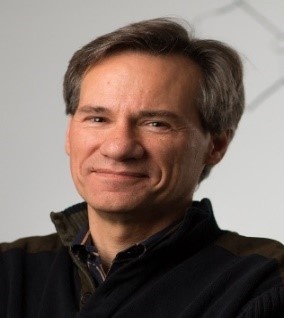 Brent Shanks is an Anson Marston Distinguished Professor in Engineering and the Mike and Jean Steffenson Faculty Chair in Chemical and Biological Engineering at Iowa State University.  He established and serves as Director of the Center for Biorenewable Chemicals (CBiRC), formerly a NSF Engineering Research Center.  After receiving his B.S. degree from Iowa State University in 1983, he completed his Ph.D. degree at the California Institute of Technology in 1988.  From 1988 to 1999 he worked as a Research Engineer and Department Manager in the Catalyst Department at the Shell Chemical Company technology center in Houston, Texas.  He joined the faculty at Iowa State University in 1999 where his group’s research has primarily involved novel heterogeneous catalyst systems for efficiently converting biological-based feedstocks to chemicals. 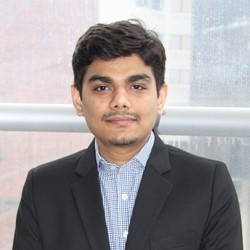 Pharmacy in 2013 and then completed his Masters in Medicinal Chemistry from National Institute for Pharmaceutical Education and Research, India in 2015. After graduation, he came to The University of Iowa to obtain his Ph.D. in Medicinal and Natural Products Chemistry from the College of Pharmacy. Pratik joined the laboratory of Robert Kerns and has focused on identification of bioactive compounds using virtual screening along with the design and synthesis of novel organic compounds that exhibit high affinity for target enzymes. He has been working on different classes of compounds that are being developed as potential therapeutics for the management of Helicobacter pylori and Plasmodium falciparum infections as well as probes/leads to better modulate the biological processes leading mitochondrial dysfunction, type-2 Diabetes and obesity. 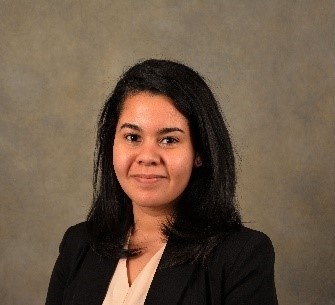 Originally from Minnesota, Danielle obtained her Bachelor of Science in Biochemistry in 2016 from the University of St. Thomas (St. Paul, MN). As an undergraduate student, she conducted research in the St. Thomas Department of Chemistry working in an environmental chemistry lab. She came to the University of Iowa to work with Dr. Gregory LeFevre in the Department of Civil and Environmental Engineering where she explores the fate of neonicotinoid insecticides in drinking water. Her current work delves into understanding how neonicotinoid insecticides can be removed from drinking water by black carbon and how they can be degraded on the carbon by microorganisms. Following graduate school, she plans on a career as an environmental analytical chemist (focusing on chromatography and mass spectrometry). 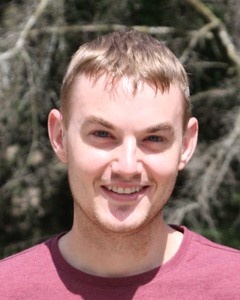 Nathan was born in Hilbert, Wisconsin, a small town south of Green Bay, and earned a Bachelor of Science degree in Biochemistry with Honors in Research from the University of Wisconsin – Madison in 2016. After graduation, he joined the University of Iowa to obtain his Ph.D. in Medicinal and Natural Products Chemistry from the College of Pharmacy. Nathan became a member of the Rice research group, studying peptide-based bioconjugate synthesis and in vitro transfection assays. He primarily has focused on synthesizing and testing melittin-based non-viral gene delivery systems in cell culture. Nathan plans to pursue a career in industry as an analytical chemistry or molecular biology research scientist.