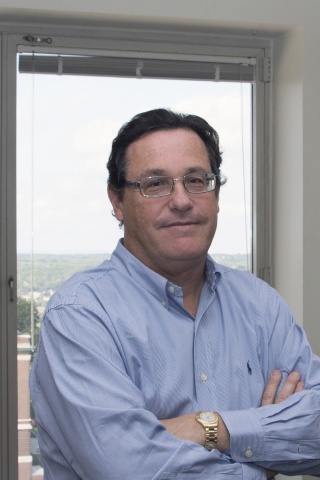 Jonathan S. Dordick is the Howard P. Isermann Professor of Chemical and Biological Engineering at Rensselaer Polytechnic Institute where he is also the Vice President for Research. Prof. Dordick received his B.A. degree in Biochemistry and Chemistry from Brandeis University and his Ph.D. in Biochemical Engineering from the Massachusetts Institute of Technology. He has held chemical engineering faculty appointments at the University of Iowa (1987-1998), where he also served as the Associate Director of the Center for Biocatalysis and Bioprocessing, and Rensselaer Polytechnic Institute (1998-present) where he also holds joint appointments in the departments of Biomedical Engineering, Materials Science and Engineering, and Biology. Prof. Dordick’s research group includes chemical engineers, bioengineers, materials scientists, biologists, chemists and microbiologists all focused on gaining a quantitative understanding of biological principles and applying them to advance bioengineering and biomanufacturing, drug discovery, nanoscale hierarchical assemblies.

He has received numerous awards, including the 2007 Marvin J. Johnson Award and the 2007 Elmer Gaden Award both of the American Chemical Society, the 2003 International Enzyme Engineering Award, the 1998 Iowa Section Award of the American Chemical Society, and an NSF Presidential Young Investigator Award in 1989. He was elected as a Fellow of the National Academy of Inventors in 2015, the American Chemical Society in 2010, the American Association for the Advancement of Science in 2004, and the American Institute of Medical and Biological Engineers in 1996. He presently serves on the Scientific Advisory Boards for several biotechnology companies and venture capital firms, and has cofounded several companies, including EnzyMed (now part of Albany Molecular Research, Inc.), Solidus Biosciences, Inc. and The Paper Battery Co. (an energy storage device company). Dr. Dordick has published 335 papers and is an inventor/co-inventor on nearly 40 patents and patent applications.